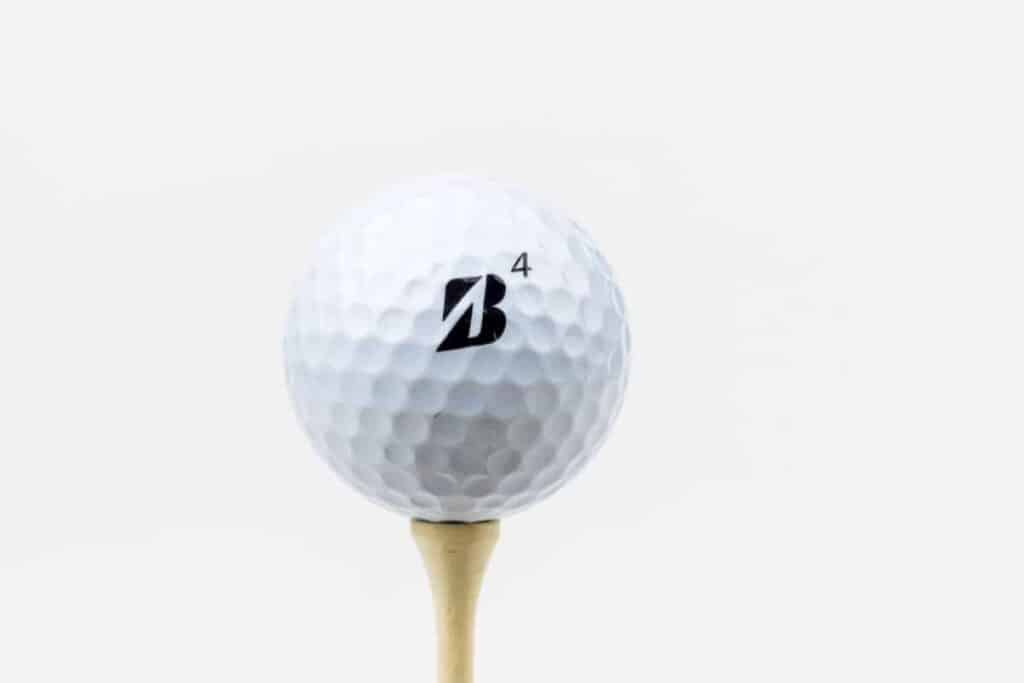 It’s no secret that Bridgestone are a powerhouse when it comes to producing excellent golf balls. Bridgestone offers a huge lineup of golf balls for players of all skill sets, and two of their most popular are the Bridgestone E6 and E12 golf balls.

It’s easy to get lost in the details between the Bridgestone e6 vs e12, so we wanted to break each of these balls down to see which ball is right for you.

For starters, it’s always good to get a lay of the land, and to do so we wanted to provide a quick synopsis of where the e6 and e12 fall on the spectrum of Bridgestone golf balls.

Bridgestone has 5 different options when it comes to premium golf balls, and 10 total golf balls on the market. Both the e6 and e12 fall into the “value” category, with pricing significantly below tour quality golf balls.

Both the Bridgestone e6 and the e12 Contact cater toward golfers who are looking for more distance out of their ball. These balls are going to bring the most value to the high handicap and beginner golfer crowd, who don’t have high swing speeds.

Comparison At A Glance

Here are some fast facts about each ball: The Bridgestone E6 is a low compression golf ball that is made to help you hit the ball further. This is an excellent ball for the high handicap crowd, and will help you squeeze every ounce of distance possible out of your golf swing.

This is a two piece golf ball, made with a surlyn golf ball cover and a large inner core. The hard surlyn outer shell makes this ball highly durable, and helps produce more distance.

Bridgestone have made the core of the E6 both larger and softer than previous models, making the ball easy to compress, and in turn hit further.

This ball is made for golfers with moderate swing speeds who want a ball with a soft feel, and long distance without breaking the bank.

Check the price for the Bridgestone E6 golf ball on Amazon here. Bridgestone has been producing their e12 golf ball for quite some time now, but their latest version the Bridgestone e12 Contact is definitely the best iteration yet. This version was just released in 2021, and the emphasis here is around the CONTACT Force dimple design. This new e12 Contact is actually replacing it’s predecessors, the e12 Soft and e12 Speed.

The e12 contact is a three piece surlyn ionomer covered ball, and has a slightly higher compression rating of 61. By golf ball standards this is still pretty low compression, and is going to perform it’s best when used by golfers with swing speeds between 90 and 100 mph.

From a technology perspective, the e12 features a new Active Acceleration Mantle inside of it’s core, which is meant to help create faster ball speeds at impact.

Of course, Bridgestone are also using their new Contact Force Dimple pattern, featuring 326 dimples designed to deliver more contact with your clubhead and in turn, help improve distance off the tee and create friction with a short iron or wedge in hand.

These new dimples are also designed to reduce side spin, which is huge for the average player.

The new e12 is designed for average players to be able to hit longer and straighter shots, thanks to more contact with the ball. Not a bad proposition for a well-priced golf ball.

Check the price for the Bridgestone E12 golf ball on Amazon here.

Now that we have some baseline info comparing the Bridgestone e6 VS e12, let’s look at a few key features and how they stack up.

Let’s start with some more technical stuff, and compression is a good place to look. Compression ratings in golf balls are a good indicator of how hard you need to hit the ball to compress it.

A low compression rating means it’s easier to compress the ball with a slower swing speed.

Both of these balls have pretty low compression ratings, with the e6 having a rating of less than 50. That’s a very low rating, which will cater most to brand new players or those with slow swing speeds.

The e12 has a compression rating of 61, so generally speaking the e12 will be better used by golfers with moderate swing speeds.

After looking at these numbers, it seems like the compression of the e12 is more applicable for more players.

Ball flight is a big consideration for the average golfer- most golfers need a ball that tends to fly higher and get more hang time. As a rule of thumb, a ball with low compression rating will tend to flight quite high.

The e6 golf ball is known for a high ball flight, which will benefit the vast majority of players using this ball. The e12 Contact ball flight is slightly more penetrating, and certainly has less side spin than a tour quality ball.

Thanks to soft cores, both the e6 and the e12 are responsive and all about soft feel, especially with a mid iron in hand. The e12 gives great feedback on strike quality, and tends to spin more due to the three piece design.

The e6 is generally very soft, but the feel off the club is awesome. If you want a softer golf ball, the e6 does a great job here.

Off the tee Performance

When you compare the e6 vs the e12 head to head on distance, it’s actually pretty damn even. In some testing we found the e6 tended to edge out the e12 by a few yards, which is understandable given the compression rating.

Both of these golf balls are built for distance, so as expected they both were great in this area. We did notice a tighter shot dispersion with the e12 Contact off the tee.

As a rule of thumb, golf balls that have more layers will spin more with an iron in hand.

The e6 is a simple two piece design, and in truth it does not have the same shot stopping power that you’d find in a high end ball.

The e12 being three pieces does produce more spin than the e6, and we found it much easier to hold a green from a mid iron shot with the e12. The ability to stop a ball quickly is important for us, so the e12 has a decent advantage here.

For your average golfer, these are both great golf balls. The e6 is a good ball for someone who doesn’t swing very hard, and at an attractive price this is a great value ball.

The e12 is for a slightly more advanced player profile, and will be suited best by players with moderate swing speeds, somewhere between 90 and 100 mph.

Anyone who wants a ball that can help them achieve maximum distance for their swing speed will do well with either of these golf balls in their bag.

Overall we like the e12 Contact slightly better, thanks to the multi layer construction and well rounded characteristics.