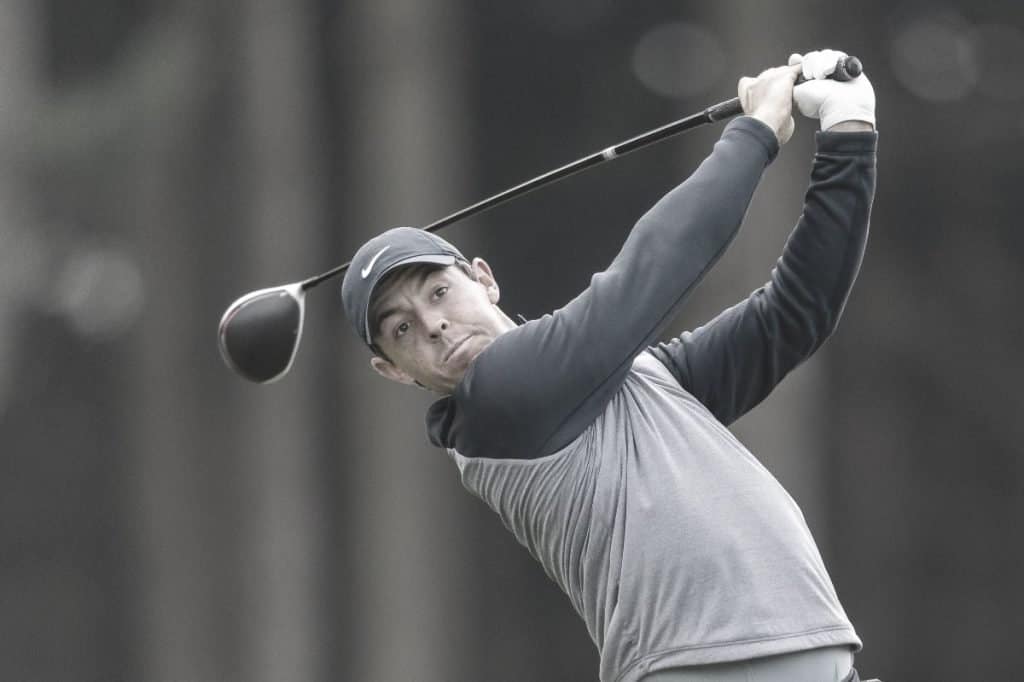 TaylorMade is one of a select few brands that consistently deliver the top drivers in the industry. If you’re looking to get a great driver for the value in 2020, looking at the 2019 TaylorMade M5 vs M6 is a great way to get new technology for a cheaper price.

The 2019 TaylorMade M drivers build upon the successes for the M3 and M4 from the 2018 season, with a few technical improvements from the latest technology. These 2 drivers have a lot in common, and both deliver on exceptional performance and ball speed.

There are a few key differences between these two drivers, so which is best for you? We’ll cover everything you need to know to buy with confidence when considering whether you want the TaylorMade M5 vs M6 driver.

Want the Short Version? here it is:

TaylorMade M5: Best for anyone who wants a ton of adjustability on a high performing driver. Best for Low-Mid Handicappers.

Like their predecessors, the M5 and M6 both include the Twist Face Technology on the clubface. Twist Face technology was first introduced in the M3 and M4 drivers, and essentially changes the face loft on the heel and toe to counteract common misses, resulting in fewer hooks and draws.

Both drivers also include the Speed Injected Technology, helping bring these clubs right to the border between legal and illegal speed. Both also include a Multi-Material Carbon Sole, and Matte Black Carbon Crown. There’s also a HammerHead 2.0 Slot on the M5 and M6 that creates a larger sweet spot and more ball speed.

The M5 driver and M6 driver both feature an adjustable loft option as well, which allows you to change the loft by up to 2 degrees.

As you can see above, these 2 drivers feature a lot of the same base technology to produce faster ball speeds and better ball flight. The M5 does have one main feature that the M6 does not have: the Adjustable Inverted T-Track, which allows you additional adjustability and customization to produce different launch angles and spin rates.

The Adjustable Inverted T-Track in the M5 features 2 separate movable weights, each weighing 10g. You can move these weights along the T-Track to produce different MOI, or to help you produce a draw or fade. With 2 weight and many positions you can put them in, this is ideal for any club-tinkerers out there. For this reason, the TaylorMade M5 is a lot more adjustable and customizable to your liking. These settings are more suited for advanced players.

The M6 doesn’t have any additional adjustability, instead it has more technology geared toward forgiveness. The M6 has a unique Inertia Generator, with 46g of mass working on lowering the club’s center of gravity and increasing the MOI. This additional weight in the club helps players produce a higher launch with lower spin.

Thanks to the Twist Face Technology, both clubs offer forgiveness on off-center hits helping amateur golfers find the fairway more often. There is more technology included in the M6 driver for forgiveness than in the M5. The lower center of gravity that’s included with the Inertia Generator helps produce an optimal ball flight much easier than with the M5.

If you need a slightly more forgiving club, you’ll find more forgiveness built into the M6.

While both drivers offer explosive distance off the tee. the M5 will deliver slightly better distance. This is one of the longest drivers ever produced, which makes it no surprise that Tiger Woods and Rory Mcilroy, among others, used it to dominate last season in 2019.

The M6 is no slouch on distance, however. The M5 delivers about 6-7 more yards of carry off the tee and about 3-5 more yards overall at the same swing speed.

The TaylorMade M5 and M6 are 2 of the longest drivers on the market. Check them out in action below from Rory, DJ, Jason Day and Tiger:

I think there’s a big improvement in sound on the M5 and M6 from the previous M3 and M4 drivers. The M3 and M4 both had more of a higher pitched metallic sound at impact, where the M5 and M6 both have more of a wood-y sound (very technical term, I know). Really awesome sound off the face when you hit it on the sweet spot.

When you’re standing over each of these drivers, they look very similar to one another. Both have that sleek black finish, and a confidence inspiring head shape. The Twist Face is my favorite feature; the metallic silver face just looks clean. The Speed Injection points where there are 2 screws also make a powerful statement. Overall these drivers both look sleek and would be a solid visual addition to anyone’s bag.

I think this is one of the bigger value points on the TaylorMade M5 and M6. These drivers are both (mostly) brand new technology- new drivers on the market are within the $400-500 range. Because these are one year old, they’re both $100-200 cheaper than initial sticker price. The M5 and M6 are comparable in price, but the M5 is a slightly more expensive club.

The M5 and M6’s HammerHead Technology has been improved against the first version that was used in the M3 and M4. This improved technology seamlessly integrates with the inverted cone technology.

The M5 is slightly more forgiving this year with the T Track, vs the M3 Y Track. The T Track is inverted, and moves the center of gravity back which helps produce straighter mishits with the M5.

The M6 has a much better launch angle than the M4, allowing for longer carry off the tee. The ball speed is improved by about 2 MPH on both clubs vs their predecessors.

Who is the TaylorMade M5 Driver Best For?

The M5 is a little more suited for anyone who wants to optimize their driver through trial and error. The M5 is less forgiving, and more adjustable and can be tinkered to your liking to fit your swing perfectly. The M5 has a little bit longer carry than the M6 does, with slightly faster ball speeds.

Right now, going for the M5 will save you some money compared to going for the 2020 SIM drivers, and there’s still a ton of performance built into it. If you like to switch up settings on the driver often and really enjoy adjustability, the M5 is made for you.

Who Is The TaylorMade M6 Driver Best Suited For?

The M6 driver is best for any player that wants maximum forgiveness off the tee. The M6 is less adjustable, but does still offer +/-2 degree loft changes that help change the trajectory off the face of the club. The Inertia Generator weights that lower the center of gravity and improve the MOI on the M6 make this driver ultra forgiving. Combine those weights with the Twist Face, and the result is more fairways more often.

The M6 does have a bit more spin off the face than the M5, so that should be taken under consideration. The M6 is pretty workable and responds well to shot shaping. If you’re looking for forgiveness over customization, go with the M6.

The modern technology you find in the TaylorMade M5 vs M6 drivers is some of the most innovative on the market, even with these being last years’ clubs. Both are great options, and made for players of all handicaps. The M5 is made for the scientists of the golf community who want to experiment with different weight settings and maximum adjustability. The M6 has just a bit more forgiveness technology included in it, and can help you out on finding the fairway with a better MOI and lower CG.

There’s no bad option here, so go ahead and make your choice! Personally, I recommend the set it and forget it M6. It can be easy to get carried away with adjustments, and that can negatively impact your performance if you’re not careful.

Let us know which one you choose for your bag, and we look forward to hearing how you play with the TaylorMade M5 vs M6 drivers,

Thanks for reading! Make sure you check out more of our reviews, like our comparison of the TP5 vs TP5x, or our best irons for mid handicapper list!

PrevPreviousBest Irons for Mid Handicappers in 2020 Reviewed
Next TaylorMade m6 irons review: Are They worth it in 2023?Next