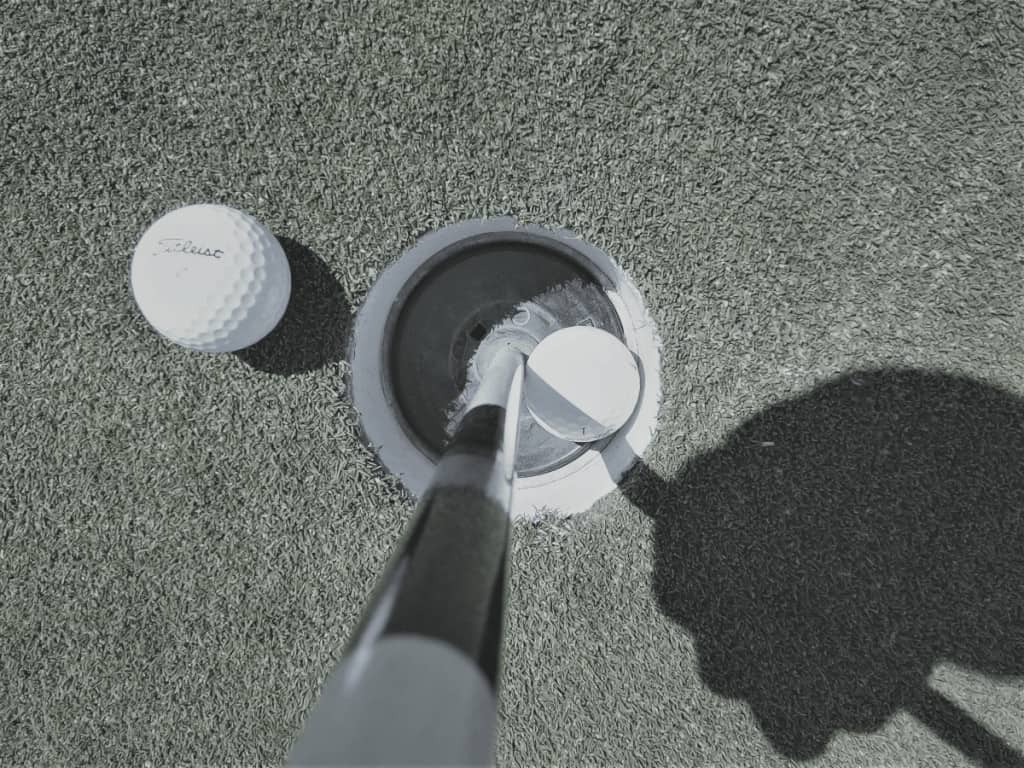 Most golfers are pretty familiar with the golf balls that Titleist has to offer; the Pro V1 and Velocity have both been around for years, and we know what to expect when we grab a box in the Pro Shop. The Titleist AVX is much newer to the scene, being released initially for the 2018 season. While many golfers have seen the box on the shelves, most people don’t really know much about this new golf ball!

So what’s the deal with the Titleist AVX? Who is it for? We wanted to provide an in depth review for anyone curious about these amateur friendly golf balls- check out our full Titleist AVX review below!

Titleist AVX Features at a Glance

The AVX is Titleist’s latest addition to their golf ball lineup, with a focus on soft feel and distance for the mid and high handicap crowd. For over 20 years, the Titleist Pro V1 has dominated the premium ball market. Now, they intend to make AVX the chief alternative to the Pro V1/V1x. Ironically, the AVX name was initially an internal project name, which was short for “Alternative to Pro V1 and Pro V1x”.

Like the Pro V1, the AVX has a GRN41 cast urethane cover, and it has a patented 352 dimple, catenary design. At it’s core, this ball is designed to be a tour distance ball, with an exceptionally soft feel. The technology that Titleist has deployed to create this ball is kept relatively secret, as they claim it’s proprietary. The AVX is made with a multicomponent construction in a 3 piece design, with a proprietary core and cover.

The AVX golf ball is among the longest balls in the premium golf ball market, and more distance is the biggest focus of this ball. Titleist made the core of the ball larger than the core in the Pro V1 to achieve higher ball speeds. In our day of testing, I noticed the AVX flew a bit lower than the Pro V1, and consistently went further when hit from driver and woods. This is partially due to the drag-reducing dimple design, which allows the ball to cut through the wind well, with a low penetrating trajectory.

When comparing the 2020 AVX to the 2019 AVX, there weren’t massive differences in ball speed produced. That said, the AVX was consistently longer by about 4-5 yards due to lower spin rates and a lower ball flight. With a mid iron in hand, we noticed impressive ball speeds and distance, but a slight loss in spin rates by a few hundred RPM. This loss isn’t a huge deal, but if you want the absolute maximum spin on iron shots, the Pro V1 may be your bet instead here.

Ultimately, we were pretty impressed with the long game performance of the Titleist AVX; we picked up a few yards thanks to higher ball speeds than the Pro V1 and a slightly lower ball flight.

Golf balls with a lower spin and lower launch angle can add more consistency to an amateur golfer’s game. Personally, I didn’t love the lower spin that the AVX produced on mid iron shots when compared to the Pro V1 series. The lower spin creates a lower launch angle, while makes it a little tougher to be aggressive when you’re going for the green. That said, it wasn’t a complete deal breaker. There’s definitely less spin, but I still felt like I could hold the green reasonably well with mid and short irons.

As far as spin is concerned, the mid to high handicap crowd won’t be punished by using this ball, as there isn’t a drastic drop in spin rates from mid and short irons. For low handicappers, you might be dissatisfied with the spin rates on approach.

While the main mission Titleist set out on was for this ball to produce stunning distance and lower spin rates, they still made sure the AVX has some bite around the greens. The new AVX is made to have high spin rates on pitch and chip shots, allowing the player to be creative on approach. The feel areound the greens with this ball is solid; it’s a bit softer than either of the Pro V1 golf balls, and feels more similar to a Chrome Soft around the green.

You’ll get plenty of greenside spin out of the AVX, giving you complete control over your short game.

The Titleist AVX ball’s compression rating is in the mid-range. So, it’s not low enough to keep low handicappers from putting it in their bags. Because of this balance, this ball gives golfers of all levels a viable alternative to the other high compression premium balls.

The ball doesn’t feel incredibly soft on longer shots, and for most players there won’t be a loss in accuracy from the compression change.

Who Should Play the Titleist AVX?

The AVX player is going to be a player who is looking for a little more performance out of their golf ball. The AVX is going to be ideal for golfers who have a mid or high handicap who don’t have a fast swing speed. This ball is great for anyone who wants soft feel coupled with tour level performance. Weekend golfers will most likely see the biggest benefit from playing this golf ball.

The list of AVX competitors is much shorter than the Pro V1 list, but it features some formidable rivals. The most prominent are:

The Callaway Soft is the strongest rival to  AVX. It is the original performance-enhancing ball, and it is still on the top tier in this market. It may be the reason Titleist decided to enter the softer ball market. Except for Chrome Soft’s low price, there are only slight differences between the two.

Chrome Soft primarily attracts the low to mid-handicap golfers, but it has found its way to the bags of tour pros like Sergio Garcia and Phil Mickelson. Here is a comparison between the two balls.

Since these balls are so similar, I recommend that you try them both, head to head.

Other than Callaway Chrome Soft, the second most formidable AVX competitor to AVX is the Pro V1/V1x. Titleist manufactures them the same way, but their chemistry varies greatly. Its solid core is more accommodating to golfers with swing speeds of 108 mph and above.

The differences between these two balls are not wide enough to discourage high handicappers. Many golfers with low swing speeds have trouble getting the ball in the air. Pro V1’s higher trajectory can solve that problem. Plus, the high spin rates can help average golfers save more strokes on approach shots and around the green.

See how they match up.

There is no harm in carrying two different ball types in your bag. Buy a sleeve of each and give them a try.

Unlike AVX, the Bridgestone e6 Soft is not a premium ball, but it focuses on performance enhancement. This ball relies on a Surlyn-made cover and a soft gradation core. It allows you to hit the ball much further without sacrificing performance. Plus, it sells for about $16 less and AVX.

The Bridgestone e6 has a 326 dual dimple design. Customers claim that the ball’s 2-piece construction helps reduce slicing and errant shots. Generally, this ball is suitable for low to mid-handicap golfers who want a ball with game improving features.

Here is how e6 and the AVX compare.

What to Consider in a Golf Ball

Sporadic ball striking and bad habits cause many golfers like myself to struggle with shot length, consistency and touch around the greens. Many amateur golfers have lengthened their golf shots and enjoyed peak performance with solid core balls.

Over the past few years, amateur golfer demand has dramatically shifted to a performance ball with a softer feel. The golf ball designers altered the traditional three-layer composition’s chemistry to make a soft interior to achieve this. Plus, they created a cover with dimple patterns that add spin when hit by the small clubs.

The most likely customers for the softer ball are golfers with slow swing speeds. Also, because these balls fly at lower trajectories, advanced players can stock up on them for windy days.

Before you order a box or two of softer golf balls, you should consider some essential factors.

The Titleist AVX is a niche ball that fits into the premium category of balls along with the Pro V1 and Pro V1x from Titleist. This is the softest of the 3, and has low launch and low spin characteristics. If you feel like you want to get a bit more distance out of your long game but still want soft feel, this is going to be a good ball for you. Higher handicap players are best suited for this golf ball, and will see the biggest benefit from playing this ball.

Thanks for reading, and make sure to check out our other reviews!