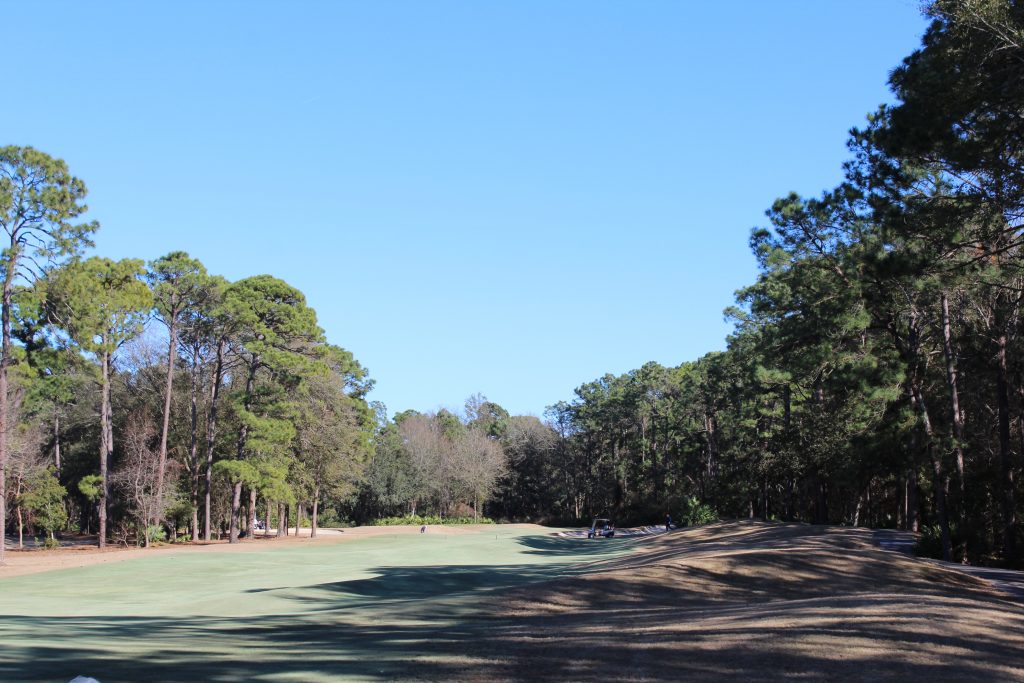 TaylorMade and Titleist are two of the biggest and best brands in golf. So, it’s no surprise that many people wonder about the TP5 vs Pro V1 and how they stack up. The TaylorMade TP5 and the Titleist Pro V1 are premium golf balls that offer excellent performance but give you different things.

Comparing the two if these is something like comparing a Lamborghini to a Ferrari- they’re two of the very best, but they do differ. Want to understand which of these two golf balls is best for you?

Let’s get into it.

Comparison at a Glance

One immediate difference is that the TP5 feels firmer on pitch and chip shots. On these shorter shots, the Pro V1 gives you slightly more spin. The TP5 offers a higher launch from tee to green. The TaylorMade TP5 was the first 5-piece golf ball, released in 2017. Since then, TaylorMade has made improvements to its design. Those changes resulted in better performance. Tour pros like two-time major winner Colin Morikawa choose to play the TP5.

That’s not a surprise because the TP5 feels excellent off the clubface on all shots. It offers impressive distance off the tee while giving you a significant amount of greenside spin. Also, this golf ball is highly workable, so you can more easily hit those fades and draws when needed. Simply put, the TP5 is a tour caliber golf ball that can be used by a wide range of golfers.

Check the price for the TP5 on Amazon here. Titleist first released the Pro V1 in 2000, and it’s been the most popular ball on Tour ever since. You could say that the Pro V1 revolutionized the game. Any new ball that comes out gets compared to the Pro V1 – which is why golfers want to know about the TP5 vs Pro V1. Dozens of Tour pros like Scottie Scheffler, Will Zalatoris and Viktor Hovland use this ball.

The Pro V1 is known for its amazing all-around performance. You get awesome distance off the tee and impressive control around the greens, with a soft and responsive feel. And it offers high levels of consistency throughout the bag.

Check the price for the Pro V1 on Amazon here.

Let’s go through the key features and compare the TP5 vs Pro V1.

The TP5 is a 5-piece golf ball. TaylorMade claims using five layers in the design allows them to better hone performance. The idea is to make each layer with different materials. That gives them the best opportunity to fine-tune spin performance throughout the bag.

The Pro V1 is a 3-piece golf ball, so it has a more traditional construction than the TP5. But the performance is very similar. Both balls are softer on the outside and get firmer towards the core. The idea is that different swing speeds will activate each layer. For instance, a pitch shot activates the cover, while a drive activates the core.

Both balls have a compression rating of around 87. That makes them firm golf balls, but the urethane cover gives them a soft feel around the greens.

The ball flight you get varies from player to player. Players with fast swings get a higher flight than slower swingers.

That plays a part in any testing, and we must consider it. For instance, a 3-handicapper with an average swing speed of 110 mph will get a considerably higher flight with the TP5 on iron shots. They might get less distance with a 7-iron compared to the Pro V1. The ball flight is too high with the TP5 for this player, affecting yardage.

Urethane is softer than other cover materials like ionomer and Surlyn. So, urethane balls are soft-feeling when you hit them.

The Pro V1 feels softer than the TP5 from driver to wedge. But it’s hard to tell any difference in the feel from the putter face. Both feel soft when you’re putting.

Most players won’t see a difference in ball flight off the tee. The TP5 launches a little higher than the Pro V1. But the differing ball flights don’t affect off-the-tee performance too much. So, it’s less of a factor than the lower driver spin.

The TP5 and Pro V1 act similarly with iron shots. But one main difference impacts iron performance. The Pro V1 spins more with irons, especially when you hit shorter irons. Irons typically activate the layer/layers between the cover and the core. You won’t generate enough clubhead speed with an iron to trigger the center of the ball. The ball cover is too thin to affect these shots too much.

The single layer between the cover and the core of the Pro V1 generates more spin. So, you can expect your iron shots to respond better with the Pro V1. That gives you more control.

But the difference in spin isn’t much, and the TP5 generates excellent iron spin.

Performance Around the Green

The TP5 and Pro V1 perform similarly around the green. It’s almost impossible to separate these balls relating to greenside performance. We know that the Pro V1 is slightly softer than the TP5. That does play a small part in performance around the green.

The Pro V1 gives you more spin around the green than the TP5. With greenside spin, the cover is the most influential part of the golf ball. The Pro V1 is slightly more responsive because it’s a bit softer. Most players won’t notice this, but lower handicappers can usually see the difference.

The TP5 gives you amazing greenside spin as well.

Who Should Use Each Ball?

Now that we’ve compared the TP5 vs Pro V1, let’s see who should use each ball.

A wide range of golfers can get excellent performance from the TaylorMade TP5 golf balls. Whether you’re a high or mid-handicapper, you can get exceptional results with it. These players usually swing slightly slower, so the compression rating of 87 suits them. Golfers with average swing speeds can produce impressive distance with the TP5.

The higher ball flight also helps these players. Slow swingers can struggle to get the best launch angle. But the TP5 helps them hit the ball higher, which also helps to improve distance.

The TP5 also suits faster swingers who may not mind losing a few yards. These players typically feel like the excellent greenside performance and workability make up for the distance loss.

The Titleist Pro V1 may not work as well for most high or mid-handicappers. These players might struggle with the lower launch if they have slower swings. But the higher spin with irons and around the greens is a big bonus for them. The shot stopping spin needs to be considered as a trade-off with the Pro V1.

The Pro V1 is excellent for lower handicappers who want to keep their launch down but don’t want to sacrifice spin. It gives them amazing all-around performance from tee to green. So, better players make fewer trade-offs with the Pro V1 than with the TP5.

There isn’t a world of difference in performance when it comes to TP5 vs Pro V1. Both balls offer you premium performance with slightly different characteristics. The TP5 launches higher and gives you lower driver spin. You get more spin with irons and around the green with the Pro V1. And the Pro V1 offers better all-around performance.