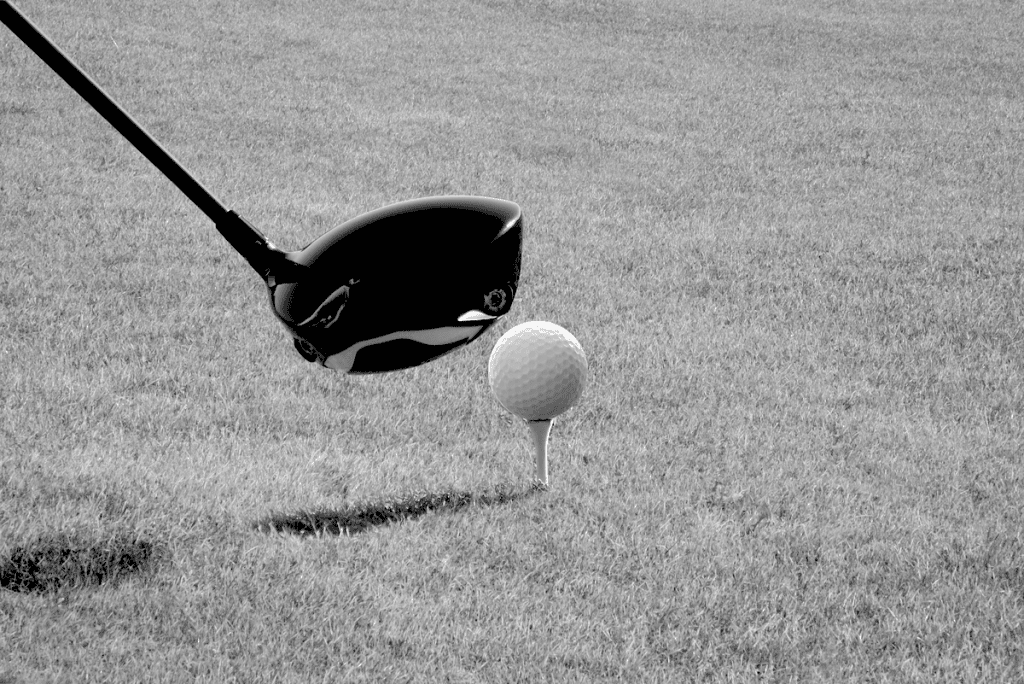 It’s showtime. Literally, that’s what the ‘ST’ in the Mizuno ST-Z driver stands for. Mizuno is more well known for its irons, but that doesn’t mean that their woods are to be sniffed at. How good is the new Mizuno ST-Z driver? We kept an open mind going into this one; check out our full review below.

In a Rush? | Here’s The Short Version of Our Mizuno ST-Z Driver Review

The Mizuno ST-Z Driver is Mizuno’s latest effort in a bid to compete with the big names such as TaylorMade and Callaway. It offers some interesting technology and looks amazing, with carbon composite being featured heavily in the design. It offers a moderate degree of forgiveness and has great sound and feel.

This driver would be best suited to mid-handicappers or those who are looking for something slightly more advanced. High handicappers who hit the ball low on the face could also find this to be a good fit for their game.

Here’s what I liked (and what I didn’t):

When it comes to looks, Mizuno has done a great job. The Mizuno ST-Z isn’t quite as radical as, say, the TaylorMade SIM MAX 2, and they have opted for something just a little more ‘classic’ looking.

When viewed at the address, the 460cc head is smart, sleek, and just a little futuristic. The dominant feature in the looks department is the grey carbon crown that occupies about 80% of the crown.

The back end is fronted by a glossy black border that gets wider toward the face of the club. Overall the club is glossy in finish. While this looks super smart, I feel like it could be super reflective in bright sunny conditions. Not a deal-breaker, but worth thinking about.

The underside of the driver manages to perfectly blend simplicity with a futuristic look. Again, you’ll find carbon fiber elements toward the toe and heel, with an ‘optimized wave’, a small grooved channel, toward the face.

Speaking of the face, no surprises on this front. It is matte black and mean-looking.

Essentially the true test of a driver isn’t its looks but how it performs. Mizuno has sought to create a driver capable of thumping huge bombing shots a long way while also having a degree of forgiveness when you don’t quite catch it right.

Have they achieved this aim? Absolutely. Let’s take a look at how the driver performs.

Let’s start with the sound. I hit around 20 balls without paying too much attention to where they went just so I could focus on how it sounded.

The sound of the driver is a little high-pitched and ever so slightly ‘tinny’. I don’t think that is a bad thing. Remember, there’s a fair amount of carbon fiber gone into its construction, so you want it to sound like a composite driver.

All that said, it sounds powerful but is more muted than other drivers. It’s more of a ‘ping’ than a ‘crack’.

The feel is where it gets a little interesting. Remember that Mizuno bases their irons on feel above all else.

Bearing in mind the Mizuno ST-Z  is a relatively light composite driver, it didn’t feel like I was expecting. That’s not a bad thing. I was just surprised.

Digging down into the details in my Mizuno ST-Z driver review, I came across the reason straight from the manufacturer. Mizuno says that tour players wanted a more dense feeling through the club.

Yes. On contact with the ball, this certainly isn’t a ‘soft’ feeling club. It feels solid. When you fail to find the middle, you’ll know about it. When you catch it sweet in the middle, it is really satisfying.

Let’s face it, we all hit bad shots.

When it comes to forgiveness, the Mizuno ST-Z driver is forgiving… But I’m going to make a bold statement and say it isn’t what this driver will become famous for.

When I hit the sweet spot, the ball carried and went pretty straight (alright, maybe with a little shape).

I found in particular that shots struck below the sweet spot tended to fly pretty high, however they still ended up straight.

I hit a few off the toe (I’d like to say deliberately, but I want to be honest). These shots varied greatly. Now and again, I’d get a slight touch of draw and have a good result… But, other times, the ball went left and kept going left with a low trajectory. It rolled a long way… Just not in the direction I wanted!

While this isn’t the clubs’ fault, I felt like I didn’t get quite as much help as I would have wanted on my bad shots.

You’ll immediately feel if you’ve missed the middle. I didn’t even have to look up to know where the ball was going. This is great as it means that Mizuno has succeeded in creating a driver that accurately translates a solid feel… The downside is that it doesn’t hold your hand as much as some other drivers in the same category.

There were no real surprises when using the Mizuno ST-Z driver. It certainly wasn’t underperforming in the distance stakes, but it didn’t offer me anything extra.

My everyday carry is somewhere in the region of 270 yards (yeah, on a good day). When measured on the launch monitor over 50 shots, my average came out at 271. So pretty much on the money.

I wouldn’t say that this is a particularly low spin driver. The launch monitor stats showed an average of mid-2800 RPMs. This isn’t ridiculously high, nor is it the lowest I’ve seen. I feel a couple of hundred less would have led to a slightly lower trajectory and perhaps a moderate increase in distance.

The Mizuno ST-Z Driver has a few technological features worthy of note. There isn’t anything too fancy. It seems to focus on simple solutions to get the job done…

Now, I don’t expect you to remember the pneumonic… But Mizuno has given the ST-Z driver a forged SAT2041 Beta Ti face… Sounds pretty technical?

This is a blend of different alloys that provide an extremely high tensile strength in layman’s terms. A hardier face means more solid contact and greater durability.

Variable thickness faces are nothing new, and Mizuno has also embraced this technology in their Cortech clubface. As you’d expect, this is designed to ensure that the ball still gets up and away regardless of where it contacts the clubface.

And you can see it working.

Mizuno is keen to promote faster ball speeds from low on the clubface. As I said when discussing the performance, I found shots below the middle tended to fly high. That’s good as you don’t end up with thin skimmers. But with a fast swing, it does tend to generate quite a lot of backspin.

Speaking of hitting low on the clubface, another feature designed to aid ball speed is the optimized wave soleplate.

Viewed side-on, you’ll see a channel with two bumped ridges. As a result, If you could see through the club’s side, you’d see that the lower portion of the face actually has very little behind it.

Again the focus is getting the ball away with thinner shots. This isn’t my ‘bad’ shot, but for those whose tendency is to hit it thin, this might just be the answer.

The extensive use of carbon composite isn’t just aesthetic. It has a purpose. Carbon is lightweight stuff. Using it extensively, Mizuno has been able to accurately distribute the weight of the club head CG in an optimized way. Speaking of which…

The ‘Z’ in the Mizuno ST-Z driver comes as a result of reference to this axis. Imagine a cube in front of you. The ‘X’ axis is its height. The ‘Y’ axis is its width, and the edge running towards and away from you is the ‘Z’ axis.

Mizuno has focused on the Z-axis. In none scientific terms, this simply means that they have positioned the center of gravity further back along this central Z-axis. In theory, this should ensure straighter ball flight and less spin.

This is a big one. And I can’t help feeling Mizuno hasn’t kept up with the pack.

Yes, you can adjust the loft using the hosel adjustment. And this actually gives you plenty of options. You get a whole 4° of loft adjustment, which will allow any player to tune the clubface to their preferred loft. This is a nice feature but is nothing new.

The downside comes with the weighting. I feel a little that Mizuno has painted themselves into a corner with the Z-axis idea. The whole premise is that the weight must be central. As a result, it is fixed and cannot be changed.

The ability to tweak your setup is predominant among the big brand names like TaylorMade and Ping. If Mizuno is looking to compete in their drivers, they may need to adapt a little more on adjustability.

Crushing drives is everyone’s favorite, but you need it to be right. If you aren’t sure about the Mizuno ST-Z driver, here are a couple of other options that offer similar performance.

The Callaway Mavrik also features a 460cc. It features a variable thickness, an ultra-fast face that will allow you to squeeze out a few more yards. It is also really forgiving. As with the Mizuno ST-Z driver, the club has been optimized to give a deeper, more powerful sound. It also features a carbon crown, making it more lightweight to increase swing speed.

If distance and forgiveness are both things that sound appeal then this is well worth a look. Ping’s latest model offers heaps of both. It also features a heavy adjustable weight that will let you refine your shot shape. It features technology designed to increase your swing speed, and it one of the most forgiving drivers for the money. It also has a really nice feel and sound.

If you want to know more about the driver, I’ve got a full review just here {LINK REQ’D}

There are things I like about the Mizuno ST-Z driver and things I don’t. When it is struck well, the sound and feel are second to none and easily compete with the big boys. It offers a nice shot shape, and if you have a tendency to hit the ball thin, it will help massively. I didn’t find it the most forgiving driver out there. I think there are other choices worthy of consideration, especially for higher handicappers. If you can hit the ball consistently and don’t have too much shape to your shots, it could well be worth checking out.